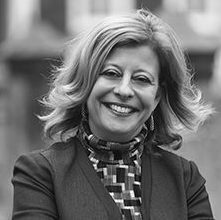 Loretta Malintoppi is dual-qualified (Rome and Paris Bars). She specializes in international arbitration and public international law. She sits as arbitrator in commercial and investor-State cases. Loretta also has extensive experience as counsel and advocate before the International Court of Justice and ad hoc international arbitral tribunals in disputes between States. Loretta was a vice-president of the ICC International Court of Arbitration until June 2015. She has co-authored the second edition of Schreuer’s “The ICSID Convention: A Commentary”, and has written a number of articles on investment arbitration and State-to-State litigation. Loretta is in the editorial board of The Law and Practice of International Courts and Tribunals, a member of the editorial advisory board of The Journal of World Investment and Trade and editor of the series International Litigation in Practice. Apart from her native Italian, Loretta is fluent in English, French and Spanish.